Housing research, case studies and reports from outside the UK

This page holds our embryonic library of reports on or about how other countries are responding to the issues of under supply and the related social and economic consequences of this. It also provides some links to relevant non-UK institutions. Whilst the Editorial Panel develops mechanisms for capturing new international work and how to assess it, all reports that have been brought to our attention will be held here and given a headline introduction. Reference will be made if a report is not in English. With thanks to Anthony Breach from Centre for Cities for initial advice and also to Professors Greg Clark and Mark Stephens.

This report looks at proactive land use planning and ​community design ​based on strong evidence can help ​to mitigate the physical, cognitive, and social challenges most people face as they age.

Towards a healthy, affordable and sustainable Built Environment

COVID-19 emphasised the importance of the built environment for our societies. With more than 90% of our time spent indoors, the impact of the built environment on health and productivity should be better valued and understood. The health crisis has also stressed the inequalities in the access for all to suitable and healthy buildings. Social distancing and selfquarantine are not possible in overcrowded homes while centralised heating and cooling systems turned out to be dangerous vehicles for the spread of the virus.

Homelessness Among Migrant Women in the EU

If Walls Could Talk - International

This report by Kingfisher PLC looks at the issue of unfit housing in the  France, Romania, Poland and Spain

According to estimates by the Foundation Abbé Pierre and FEANTSA, some 700,000 people face homelessness every night in the European Union, representing a 70% increase in ten years. However, during the recent health crisis, this number fell sharply thanks to the emergency measures to provide shelter for the most vulnerable among us taken by all European countries. We have now seen that it is possible to end homelessness if we really want to when we have the means to do so!

Ageing in the Right Place, An Australian perspective

As part of the ‘Ageing in the Right Place’ research, the Global Centre for Modern Ageing surveyed over 1000 Australians aged 55+ to uncover what makes a place feel like home and what factors are important when creating places where people want to live

Campaigns to address high housing costs by reforming urban planning to allow more housing have had some notable successes, but they continue  to face considerable opposition. Proposals often involve top-down preemption of municipal zoning decisions by higher authorities such as state legislatures. In places where reform remains politically difficult, I suggest trying the opposite tactic to overcome opposition: introducing laws to allow ultralocal, bottom-up land use decisions, which would address spillover and other concerns and enable win-win bargaining to permit more housing. This tactic draws upon research in the field  of common-pool resources founded by Elinor Ostrom. Under my suggested approach, small communities would be able to demand a share of the profits from development in exchange for allowing it on terms and in a form that they like.

Urban being: The future of City Living

This report considers housing and demographic pressures in six key cities: London, Berlin, Amsterdam, Paris, Manchester and Glasgow. Through a major census of almost 6,500 people (more than 1,000 respondents per city), it uncovers the preferences of consumers when it comes to their living environment.

Reports on the Shaping Futures program, a knowledge exchange and policy analysis initiative spanning Australia, Britain and Canada, which explored the conventional housing policy narratives that have dominated government thinking in those countries.

A guide based on research from @USTEngage.

The Frameworks institute addresses the critical need to build public understanding of a range of housing-related issues: why they matter, how they work, whom they affect, and what we can do to ensure that all Americans have access to safe, affordable, and healthy housing.

The EU-SILC Portal on EC website provides information on housing with limited but useful function to allow user manipulation of data for simple cross-tabs.

The European Network for Housing Research

A useful network of EU based researchers

The Finnish approach to homelessness

The Housing First Europe Hub provides an overview and a number of reports on the Finnish Housing First approach that has been credited with significantly reducing rough sleeping.

Hypostat 2019, which is its main statistical report, encompassing data on recent developments in housing and mortgage markets.

The housing crisis in London, Berlin and other German cities: A British-German dialogue

This paper is based on a German-British dialogue on housing policy which was organised by the
Friedrich Ebert Foundation and the Smith Institute, with the support of Peabody housing
association. Through this dialogue the Foundation and the Institute have sought to facilitate an
exchange of experiences, innovative ideas and solutions to address the housing crises in London,
Berlin and other major cities.

This research examined how a range of outcomes in Sydney's and Melbourne’s housing markets, including price, location and quality effects, may have a negative feedback effect on productivity and growth in their economies.

Tokyo keeping supply ahead of population growth - part 2 James Gleeson blog post on the same theme as above.

James Gleeson blog post on the same theme as above. 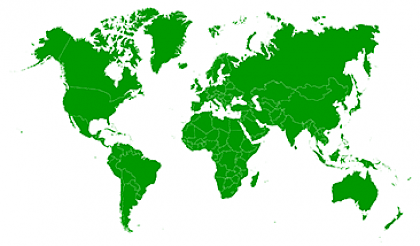 This report by Gabriel Metcalf is a useful introduction to current US thinking.

The temporary dwellings Programme in Turin

An analysis of this programme started in 2006.

Fostering innovation while retaining high standards and mitigating possible conflicts. How Vienna regulated and increased the number of AirBnB listings and the impact on the housing sector.

Housing Europe celebrates its 30th anniversary with a dive into the organisation's history, highlighting the most important milestones.

The future of housing policy is being decided in California

Further information on the SB827 bill

What urban California tried to learn on why Tokyo has kept supply ahead of population growth. 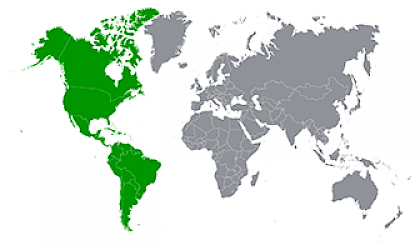 By DIW, in German.  Overall there is a low impact on supply but the economic impact ls less that expect.

An international review of the changing institutions of private rental housing

This report provides a resource for considering policy settings and institutions relevant to the Australian private rental sector (PRS) by drawing on the international experience of 10 countries in Australasia, Europe and North America.

How The City of Vienna Handles Affordable Housing and Inclusivity

An article by Ulduz Maschaykh, published in Spacing Vancouver.  A must read for all policy makers interested in afforadable housing.

A blog post for those interested in having an introduction into how the planning system operates in Japan.

The RTPI; Edwin Loo's blog on how Singapore has used land value capture to help deliver the 'Singapore Model'.

How the Japanese recycle their housing land